The much-decorated South Gloucestershire club, whose home can be found in an impressive purpose-built complex at the heart of Yate Leisure Centre, sent 40 young performers of varying ages and abilities to the Fenton Manor showpiece in Stoke-on-Trent to jostle for podium spots at a prestigious event comprising 13 successful regions from across Great Britain.

Representing the South West at the tournament the King Edmund competitors, aged between nine and 16, had all been selected due to victories in their respective categories at the regional championships in March.

Not surprisingly given the stiff criteria for call-ups, competition for medals in Stoke was always going to be fierce.

That appeared not to faze the King Eddies party one jot as they emerged with ten golds and five silvers between them in a 15-medal haul that took the tournament by storm.

Many of those successes were down to the stirring performances by a string of women’s pairings, not least the Daisy Taylor and Isabel Mullin combination in the grade one disability category as they seized pole position.

There was delight too for Polly Maggs and Chloe Hopkins in the grade 5 women’s pair event as they too secured a gold medal, as did Julia Wojcik and Lizzie Houghton in the International Development Pathway (IDP) section of the finals.

Last but not least when it came to winning displays, Harry Hole and Rosie Beese were delighted to walk off with the top prize in the grade 5 mixed pair contest, while George Hunter and Adam Nicholl displayed their considerable talents to earn gold in the disability grade one men’s pair class.

While commendable silver medals went to Millie Battensby, Ellie Marinov and Tanzie Stinchcombe performing as a trio in the grade five women’s competition, and Lauren Porter and Sian Williams in the grade two women’s disability contest, many other King Edmund starlets amply demonstrated their potential too.

King Eddies chief executive Maiken Thorne enthused: “It was another extremely successful competition for our gymnasts and our disability performers can take a big bow as they achieved their best results at these finals.

“It was a whole new experience for our two grade 5 women’s pairings, yet they weren’t in the least bit affected by the size of the task to both win gold in their first national finals.

“The grade 4 women’s pair of Chelsie and Rowena didn’t medal but they did achieve a personal-best score in an extremely tough category.”

Head coach Nikki Thorne added: “These were great results again for the club and our dedicated coaching team can take a lot of credit for that along with the gymnasts.

“I’m very happy with the progress these young gymnasts are showing and we’re looking forward to a bright future for the club on the national and international scenes.”

King Edmund Gym Club are now gearing up for their annual summer spectacular at their Yate International Gymnastics Centre base on Friday, July 13 and Saturday 14 when gymnasts of all ages and grades will be showcasing their talents. 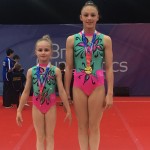 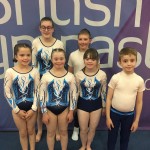 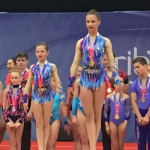 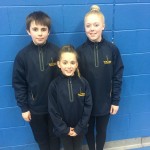 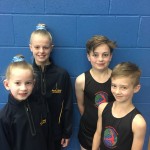 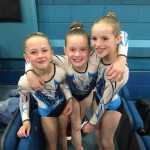 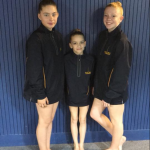 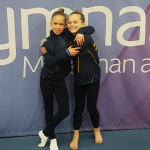 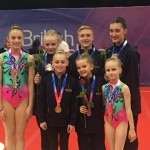